Posted by warnellblog on September 7, 2017 in Uncategorized

I thank myself for enrolling in the International Wildlife Conservation study abroad course every day since that amazing summer in 2016. I got to share a three-week long adventure through the Botswanan and South African bush with just 11 other students, one professor, and a handful of experienced guides. In the weeks leading up to our departure, we met as a group for lectures focused on the identification of wildlife we would encounter, the habitats and adaptations of those animals, and a brief cultural history of Botswana and South Africa. Having just entered Warnell’s Professional Program, I remember being slightly nervous about not being as knowledgeable as some of the upperclassmen on the trip. But, by the end of the classes, I knew that we all had a great appreciation for the natural world and had bonded over the growing excitement for our departure. 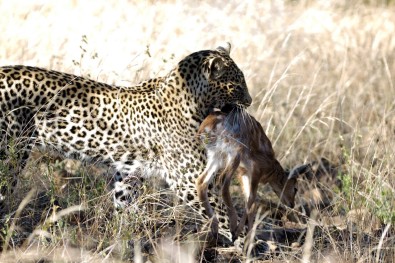 After a grueling fifteen-hour flight across the Atlantic, we headed to our first camp, Mashatu, in the Tuli Game Reserve in the eastern tip of Botswana. There, we stayed in ground tents, vulnerable to any animal that could have ventured into our camp (including elephants on several occasions and roaring lions close by). Our typical morning was an early wake up and breakfast followed by a hike or game drive –  stopping for tea, coffee, and biscuits along the way. After returning from our morning activity, we had some down time before lunch and sometimes a lecture. We often took a small break after lunch to venture down to the river, shower, or nap before gearing up for another hike or drive. In the afternoon, we typically ended up finding a beautiful spot to enjoy the sunset with a beer or soda. Upon returning to camp, dinner was served and the exhausting day came to an end around a campfire with the guides. Sometimes we ventured out on a night drive following dinner, searching for animals with a spotlight. We were lucky enough to be taken out to stargaze one night and heard traditional South African stories from our guide about the stars and night sky.

After an amazing 10 days at Mashatu, we headed to our second camp, Makuleke, in the very northern section of Kruger National Park. Here, we had a similar daily routine but experienced a slightly different, more densely vegetated habitat for wildlife. We encountered several new animals (hippos, cape buffalo, crocodiles) and participated in a competitive USA vs. South Africa volleyball match with our guides in the Limpopo riverbed where South Africa, Zimbabwe, and Mozambique meet. As the trip came to an end, I wasn’t ready to leave! 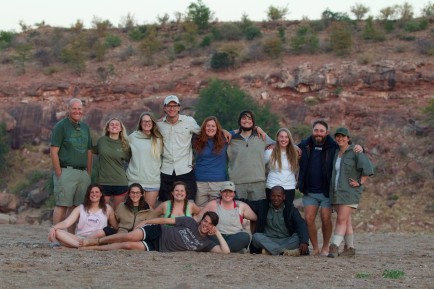 My study abroad experience was so much greater than I could have even imagined. I gained friendships, experienced Botswanan and South African culture by visiting local towns, and enhanced my passion for African wildlife and conservation that I will carry me throughout my career. Going on this trip was simply life-changing, and I strongly encourage any student with an appreciation for the natural world to apply!

Check Us Out on FB!

Check Us Out on FB!